A Lung Full Of Flowers 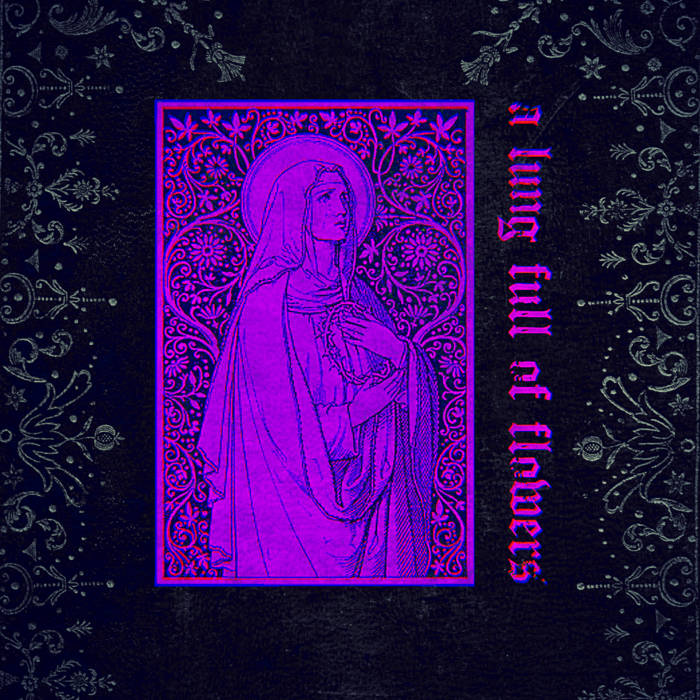 Jon I love this record because it takes me somewhere unfamiliar, just beyond the fringes of reality.

The music is beautiful and truly psychedelic, a dream state. Different scenes and images overlapping, fading in and out of focus. Favorite track: Mass for the Night of St. Sarkis I - Prayer.

apple-scraps Haunting and dreamlike, this album pulls you in and transports you to scenes of moonlit rituals. Favorite track: Stoic Girl, Sappho of Mud.

No Name No Slogan

When we have used the phrase "end of music" in the past, a lot of people have taken its meaning at face value, as in we have declared that music has simply come to an end, its potential as an artform no longer necessary or valid in the shadow of modern living.

Our intention has in fact been to declare music's sonic exploration over, its totality discovered - in that we can begin again the process of re-exploration, a new extrapolation of potential, to deconstruct the old and replace it with the new, the re-application of context - a music for those living today, becoming post-human. As with Christ, a subject of this album 'A Lung Full Of Flowers', a resurrection... of music's innocence, beauty and ability to entrance us with new ideas, new ways of thinking, new emotion. We will necessarily become subject to music again, rather than it subject to us, as we sink back into its desert sand waves...

'A Lung Full Of Flowers' is a disorder of inspiration sewn together at the end of music as it looks on through the Brazillian lens at Christianity's disintegration and holding-together in the post-human condition, , humble yet powerful, radioactive interference of prayer's meditation, the natural human beneath the surface yearning for an eternity as it drips away, the perpetual conflict of desire, sin, redemption.

Like an RKO from outta nowhere, the Brazillian recording artist Grimório de Abril brings this masterpiece to Dream Catalogue as her debut recording, one of the most impressive things we have heard in years. Something old, antique and deeply rooted in history, yet new, tantalising, a promise of a new adventure. She describes her work as "The accumulation of sounds - or, the intimate mayhem at the borders of sleep". The "end of music" is also the beginning of something entirely different from what once was, alive in a dream, and here we all are.......