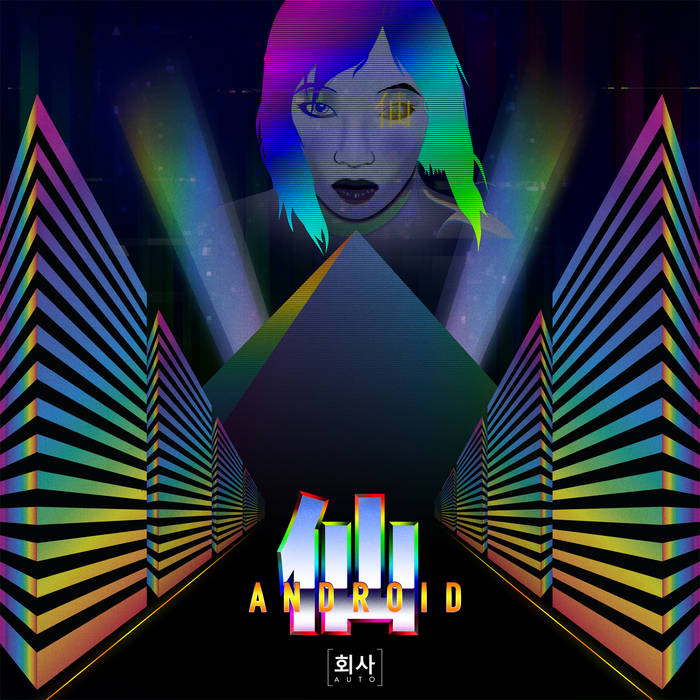 j suarez i cannot stop listening to this tape. it's wrapping my brain like meninges and i couldn't be happier about it.

A name closely associated with the earliest origins of vaporwave, 회사AUTO has unleashed thirteen albums in the past three years, with classic release after classic release on labels such as Ailanthus Recordings, Fortune 500, Illuminated Paths, and Plastic Response. And though his discography has grown so vast in such a short amount of time, 회사AUTO continues to surprise his audience with new musical and conceptual ideas in each new release, as he does here with his latest album “仙Android.”

Presenting what is arguably his biggest album to date, it is only natural that 회사AUTO lands here on Dream Catalogue for the first time as 仙Android’, his fourteenth album, journeys through themes of trans-humanism, singularity, and cyberpunk. The risky and daring attempts of new ideas from his last album ‘Q’ (on Illuminated Paths) are fully thought out in the album’s 14-track narrative - a fully original work that breaks from the sampling habits of his past releases; an album that is mastered, polished, and focused with more clarity than any of his previous output.

While ‘仙Android’, is based on the aforementioned themes, more specifically, it draws from the writings of Philip K. Dick, East Asian futuristic imaginings, and personal memories from his travels through South Korea and Seattle’s International District. There is a Pacific Northwestern warmth with a bleak fright of dystopian isolation. There are questions; there is a presence of auditory space, distance, and introversion. Fogginess and mystery approach the listener akin to a fisherman on the banks of Sekiu, Washington. A dead alien washed ashore. 회사AUTO, are you Scully or Mulder?

These are subjective thoughts, but truly, the suggested ideas of ‘仙Android’ leave an open narrative for the listener to discern and interpret, in what proves to be a mysterious but addictive album, ending with it’s unpredictably emotive finale 'Stardust [Death & Eternity]’.