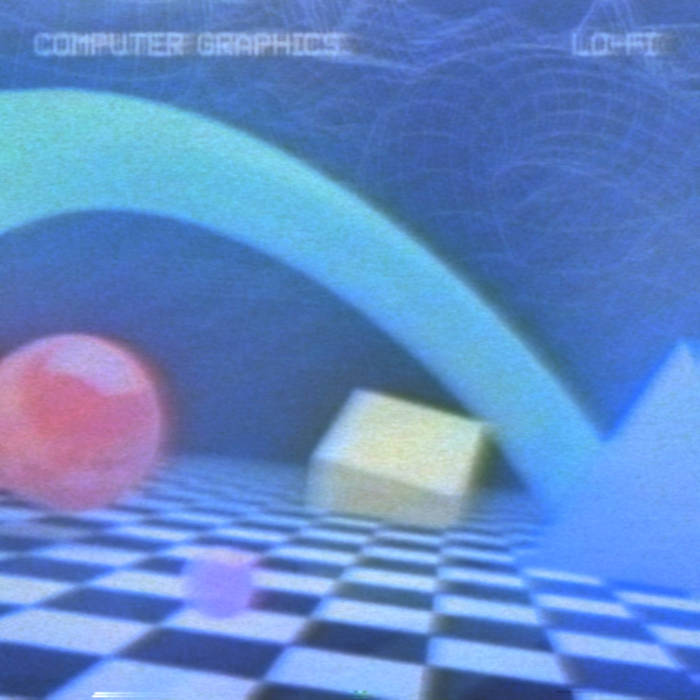 Benjamin Vizzachero groovy and compressed, like there's a killer party in your building and you just can't find the right room. shall we call it "microhouse"? (if you like this, checkout "minitapes" by LoFia Soren) Favorite track: Useful.

Jordan Schirle This album feels like I've turned on my 90s era PC to start playing a game that would look similar to the cover art, but I end up getting sucked into my computer, and the album is like a soundtrack to traversing that world with its hiss and video game esque sounds, and the occasional voice.

The bass lines on this release are groovy, especially the ones on "Useful" and "Needle Man". Favorite track: Needle Man.
more...

Having gained popularity under his main alias Pixelord and his record label Hyperboloid, Alexey Devyanin, the Russian artist notorious for his refined production talents and daring electronic experimentalism, arrives on Dream Catalogue under his dancefloor-oriented Computer Graphics alias, with new album ‘Lo-Fi’.

The follow up to last year’s ‘We Have To Go’ on FUSELab, ‘Lo-Fi’ is a continuation of the house and techno stylings of the former, reining in recent lo-fi trends in dance music and expanding upon them into further areas of jazz chord progression and dub techno, staying true to Devyanin’s nature of exploring curious new ideas in sound. And though lo-fi in style, the sound across the album is often hi-fi in execution, pushing worn out tape textures into modern techno sounds that gives the album an entirely fresh feeling.