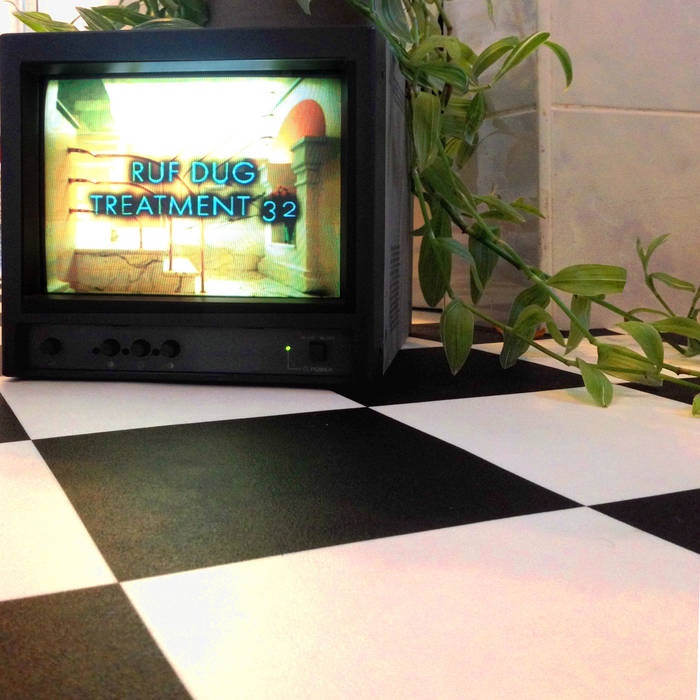 おかげ Magician this is such a unique treatment I've ever received. it ..... was like a journey into the vast reaches of ones mindscape. Such a Lovely experience.

ULTRA/// In parts pure vapour and hazey nostalgia, but at times goes deeper into space with slightly more experimental and noise territory.
the virtual treatment concept with a less pristine finish.....
Recommended

Yiannis Nova Dorakis Starting on a beach next to his ‘’Island’’ and ‘’ Treatment 17’’, last year’s sequence and paths but very fast he starts moving inside to the Tropical not human friendly, wild and mysterious forest. He explores, creates in it, monitors and listen this hostile environment, contacts with hazardous civilizations and ancient tribes but in the end even exhausted, he succeeded to reach on the exodus of ''Treatment 32''...

HI-TECH This tape starts off soft and dreamy but without me even realizing takes me deep into those parts of consciousness I never quite knew how to explore. Brilliant not only as an album but as an experience.

Our partners at VIRTUALIFE are proud to announce their latest spa tape, with ‘Treatment 32’, following up a long series of spa treatments that can help YOU with the cybernetic social cleanse and virtual repersonification you desire. Listen as ‘Treatment 32’, their most scientifically advanced audio treatment to date (and fully proven to work with human test subjects) takes you on a mind-bending trip for mind, body, soul and exoskeleton, a truly HOLISTIC new approach to full psychic rejuvenation.

Ruf Dug has been an associate of Dream Catalogue for well over a year now, but here with ‘Treatment 32’ he finally brings his first full length album to the label. Though previously featured on The Eternal Dream System compilation with another VIRTUALIFE spa plan extract, ‘Treatment 17’, Ruf Dug spent most of 2015 touring Europe and promoting his balearic downtempo debut LP ‘Island’ for Music For Dreams (Denmark), which was a big hit on vinyl.

It was during his many live gigs and radio show appearances across Europe that Ruf Dug spent the majority of his time writing what would become ‘Treatment 32’, fully made in transit on trains and waiting in airport lounges. Listening to the album, the chaos of touring across the continent had an evident effect on the music here, as it pulls influences from all over the place – vaporwave, downtempo, ambient and new age all meet with a skewed and at times unsettling vision of a corporate utopia, with jarring cuts that make it like an audio DMT trip for dreamers. It has shades of Jade Statues’ debut from last year and OESB-era James Ferraro to it, and incorporates Ruf Dug’s signature use of 80’s soundfonts that he has become known for over the years.

And what Ruf Dug brings to Dream Catalogue is a endearing knowledge of both the past and the present. An avid fan of underground music, and having been putting out cassettes since the 90’s which sell for a small fortune on Discogs, Ruf Dug’s methodology is old school and learned from the likes of Jean Michel Jarre and Vangelis. But at the same time, a fond appreciation for what’s new informs his style here too, and Dream Catalogue artists like Telepath and Nmesh – whose music has adorned a great many of Ruf Dug’s radio sets – have been as much of an influence to him in the last year as the past masters.

Through all this influence, Ruf Dug has created something that is uniquely his own, and a refreshing take on the idea of a future dream world that inspires so many Dream Catalogue artists. With HKE, he created the VIRTUALIFE audio-video exhibition for Dream Catalogue as part of the Future Everything Festival in 2015, and finally here we can see VIRTUALIFE come to life in the form of his new album.

For more information on becoming a VIRTUALIFE franchisee, please ask your server to sign you up for a welcome induction post-treatment.